Great news the project is over! Now let’s dismantle the team 6

Congratulations, you have finally delivered the project! The team you have carefully assembled over many months can now be dismantled and people can go back to their normal job. That’s the natural sequence in the project management world – project is kicked-off, team is assembled, team develops solution, team encounters delays, team tests solution, team moves solution into production, team hands-off solution to maintenance team, project team is dismantled, and life goes back to normal.

I wonder if the Green Bay Packers will do the same now that they have won SuperBowl XLV or maybe the San Fransisco Giants may want to start their 2011 season with new players after winning the 2010 World Series. At least the F.C. Internazionale Milano should want to give it a fresh start after winning the Serie A championship, wouldn’t you think?

Nobody would consider breaking up a highly performing sport team but when it comes to software development, it is common for organizations and departments to split up team members and start new with their next project.

From a purely practical perspective, breaking up a performing team makes no sense considering the time invested in:

Team members need time to become highly performing. Why not keep those team members together after the completion of their project and assign them together to the next project – even if the skill sets doesn’t seem to be perfect at first glance?

We are surrounded by Zombies! We better do something… 2 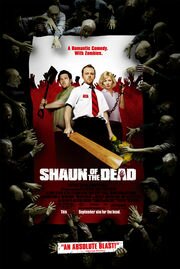 I finally finished writing this post that I started just after Halloween – not because it is long or complex but simply because other things were more of a priority. Anyhow, back in October and in the spirit of Halloween, we had decided to rent a Halloween movie that was somewhat kid-friendly. Our selection ended up being Shaun of the Dead, a 2004 movie. Don’t worry, I haven’t turned into a movie critics and I won’t pretend this movie ranks anywhere in my top 3,000 favorite movies – that’s not the point here – but the movie made me realize how many (most?) employees are zombies.

“What the heck are you talking about?”, you ask.

I’ll spare you the gory details but there’s a scene at the end of the movie were the zombies end up being captured and turned into normal workers. The scene is great as it portrays the zombies perform mindless (and numbing) tasks while people around them don’t seem to notice them or even mind them at all.

[You may also be interested to read what Shaun of the Dead movie, once a living is bitten by a zombie, there is a gradual decline toward becoming a full-fledged zombie.

Although not measured scientifically, I believe the majority of the working population (between 40% and 60%) are LIVING-DEAD.

Can ZOMBIES and LIVING-DEAD transform back into LIVINGS?

Contrary to the movie, the LIVING-DEAD and the ZOMBIES can come back to becoming LIVING individuals but the road back is difficult. The sad news is that most large organizations are based on rules, on controls and on structures that help breed ZOMBIES by converting LIVINGS into LIVING-DEAD. The good news is that there are ways out – I know, I used to be a ZOMBIE myself…

What category do you fit into?